A Leader in Education

Elizabeth Lee Fuh Yen is the Chief Executive Officer of the Sunway Education Group. One of Malaysia’s largest and most prominent education groups, she is entrusted with providing leadership and responsible for the growth and sustainability of 16 entities which include Sunway University, four Sunway Colleges (in Kuala Lumpur, Ipoh, Johor Bahru, and Kuching), Sunway International Schools (in Kuala Lumpur and Iskandar, Johor), as well as centres and institutes involved in sustainability, leadership, social enterprise, global excellence, and knowledge access.

Having joined the establishment since 1992, Elizabeth has been instrumental in the development of the Sunway Education Group which has grown from just one institution with a student population of less than 1,000 to the dynamic group it is today, catering to approximately 30,000 students from over 90 nations worldwide.

Becoming an educator had always been Elizabeth’s childhood fascination but she didn’t embrace the ambition until after her A levels. She is an alumna of the famous Bukit Bintang Girls School, Kuala Lumpur, Malaysia, where her classmates of various socio-economic backgrounds impressed upon her the need for social inclusion and the richness of diversity. This led her pursuit as she was educated in the United Kingdom specialising in Multi-Cultural Education, which back then was a rapidly emerging area of knowledge encompassing educational strategies to assist teachers in dealing with changing global student demographics (and it remains ever so relevant today).

After her first degree in London, Elizabeth read her Master of Philosophy (MPhil) in Education at the University of Cambridge specialising in psycho linguistics.. Her Cambridge links also sees her actively involved with the Oxford and Cambridge Society of Malaysia of which she is a past President.

Upon her return home to Malaysia in the mid 1980s, Elizabeth dedicated herself to the field of education, first as a teacher, and rapidly promoted to principal of a private 6th form college, and then (until today), the CEO of the Sunway Education Group.

Elizabeth’s Twitter bio reads “Simply, a teacher at heart” – a perspective which has remained unchanged throughout her career. This mantra has guided Elizabeth in her transformative approach at the Sunway Education Group, namely, that anything done has to be in the best interest of the students. 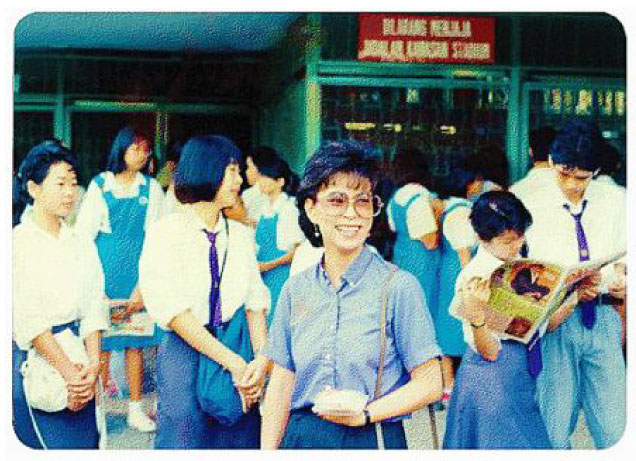 Elizabeth accompanying her students on a school trip in 1987

Her philosophy in education lies with the idea that “one does not have to be a world leader to change the world, rather, one can be the force to shape leaders of tomorrow from the very classrooms which are intended to nurture such leaders”. Elizabeth believes that it is the knowledge shared with the youth today that will be the legacy they take with them towards building the future.

Elizabeth's years with Sunway Education Group witnessed many international partnerships forged with top institutions and professional bodies from the United Kingdom, Australia, and more. Private Higher Education was a novelty at the time, and the start of what would become a vital transnational education (TNE) sector. It also saw the immense growth of ‘twinning degree programmes’, which provided global yet affordable education access to students from all walks of life.

As the partnerships developed and the industry matured, she also ensured that the links forged would enable Sunway Education Group’s own academics and researchers to learn from best practices and be empowered. Over time, this resulted in the creation of many high-value home-grown academic programmes, which was a big factor in enabling Sunway Education Group to set-up a full university, namely Sunway University, in 2011. 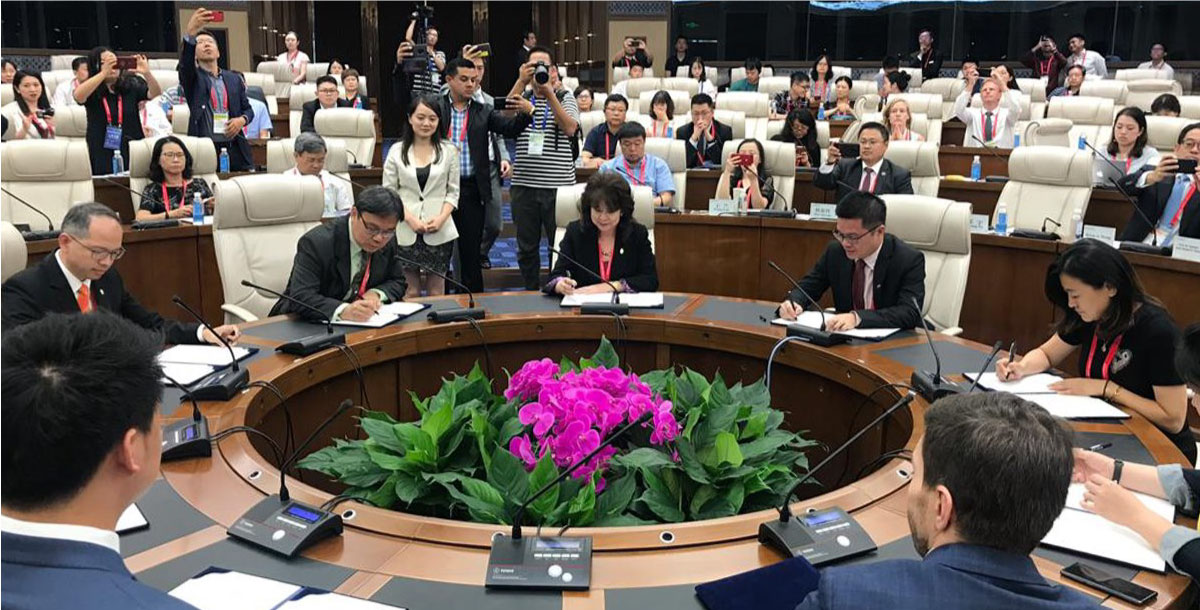 Today, the partnerships Sunway Education Group have forged with top global institutions go beyond the classroom and into high-impact scientific and medical research, UN Sustainable Development Goals and academic staff and student mobility opportunities. Beyond that, the Sunway Education Group has embarked on partnerships with organisations involved in the future of education and new learning (as well as accreditation) models, in recognition of technology’s role in this rapidly evolving sector. 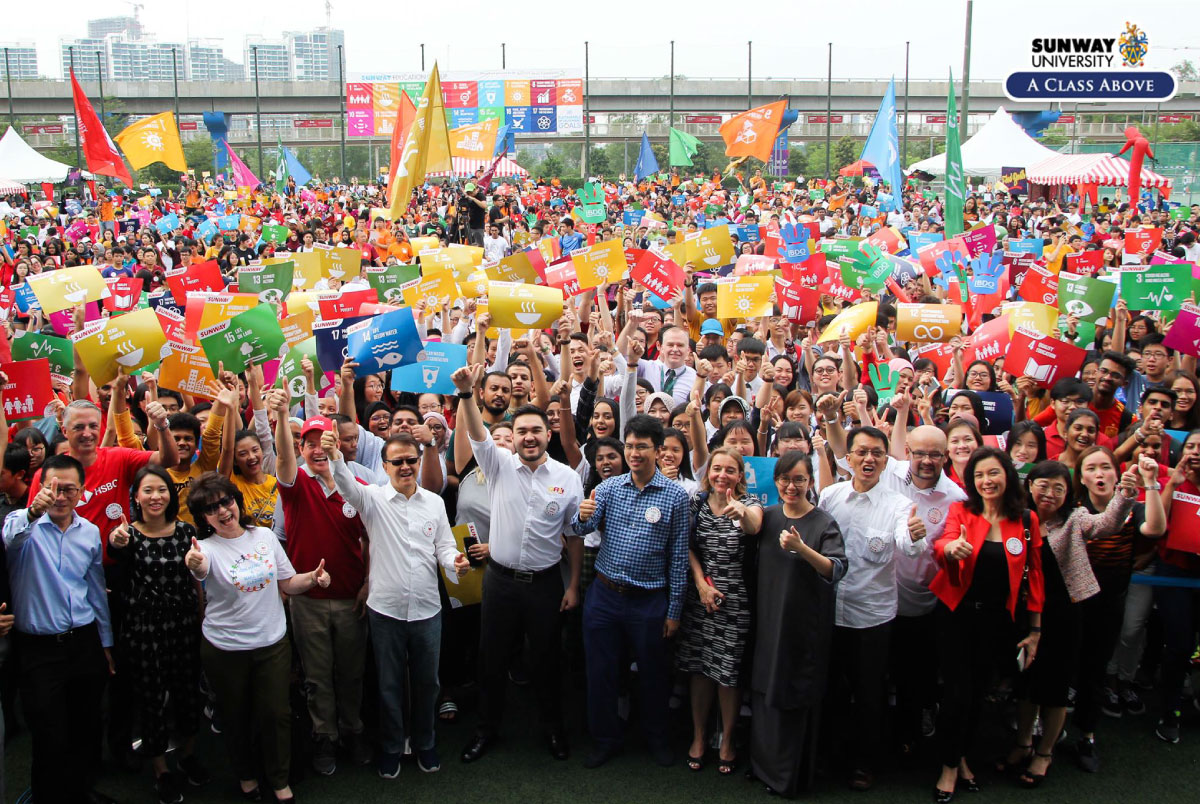 Elizabeth (third from the left) with Tan Sri Dr Jeffrey Cheah - Founder and Chairman, Sunway Group and Tengku Amir Shah (fifth and sixth from the left) along with dignitaries lead over 8000 people to celebrate the Join Hands and Make The Pledge - an annual UN SDG event held at Sunway University

In August 2014, Elizabeth was conferred the Doctor of Laws (Honoris Causa) by the University of Nottingham for her contributions to the growth of education in Malaysia, especially in internationalising the landscape. In 2016, she received a second honorary doctorate by Victoria University in recognition for her role as a distinguished educator and her pivotal part in establishing the partnership between Victoria University of Australia and the Sunway Education Group – which begun in 1994 and remains strong till today.

In 2018, she was recognized for her efforts towards nations building through the development of education, Elizabeth was honoured with the ‘Educationist of the Year’ award at the inaugural Sin Chew Education awards in 2018.

A thought-leader in the field of private higher education provision, Elizabeth previously served on the board of advisors of the National Higher Education Research Institute (IPPTN), a think tank under the Ministry of Education Malaysia. In 2016, she was elected as a member of the Malaysian Qualifications Agency (MQA) Council, where she presently also chairs the MQA Investment Committee and serves as a member of the MQA Disciplinary Committee. 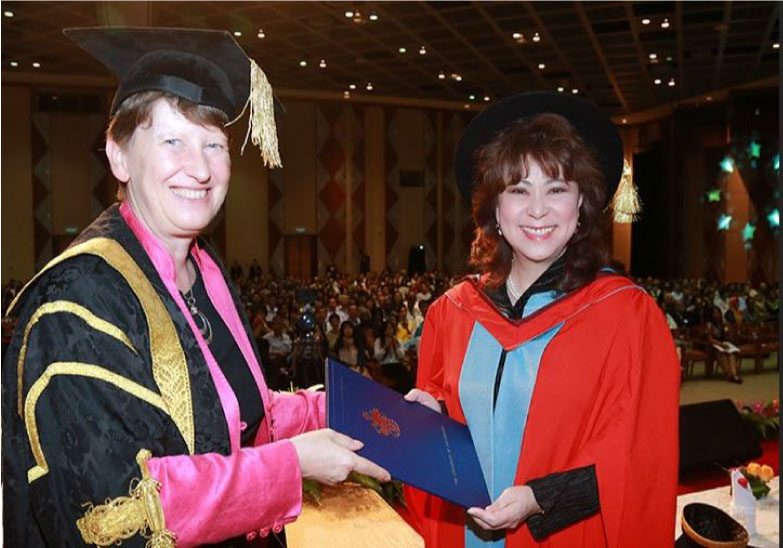 Elizabeth receiving Doctor of Laws (Honoris Causa) from Professor Christine Thelma OBE awarded by the University of Nottingham for her contributions to the growth of private Higher Education in Malaysia.

A believer in social causes and social good, Elizabeth sits on the Board of Trustees of MERCY Malaysia (Medical Relief Society Malaysia), an internationally renowned humanitarian organisation. With MERCY Malaysia, she provides advice and support on widening access to quality education for those in need.

An advocate for women in leadership, Elizabeth acts as a mentor with the Institute of Chartered Accountants in England and Wales (ICAEW) global programme for specially chosen female corporate leaders.

Elizabeth is also the Honorary Patron of the Yunus Social Business Centre at Sunway Education Group. The Centre’s efforts are tied towards alleviating poverty, reducing gender inequalities and closing the gap on attaining the Sustainable goals through education and enterprise.

Her views on and experiences in education, leadership, and transformation are often sought out. Internationally, she has spoken at the Harvard Business School, University of Cambridge, University of Oxford, University of Edinburgh and most recently the UK Transnational Education Conference 2019 as a representative of private higher education institutions in Malaysia and ASEAN. Her most favourite events, in fact, are those with Sunway’s students, and she’s often seen spending time with them across Sunway Education Group’s many institutions. 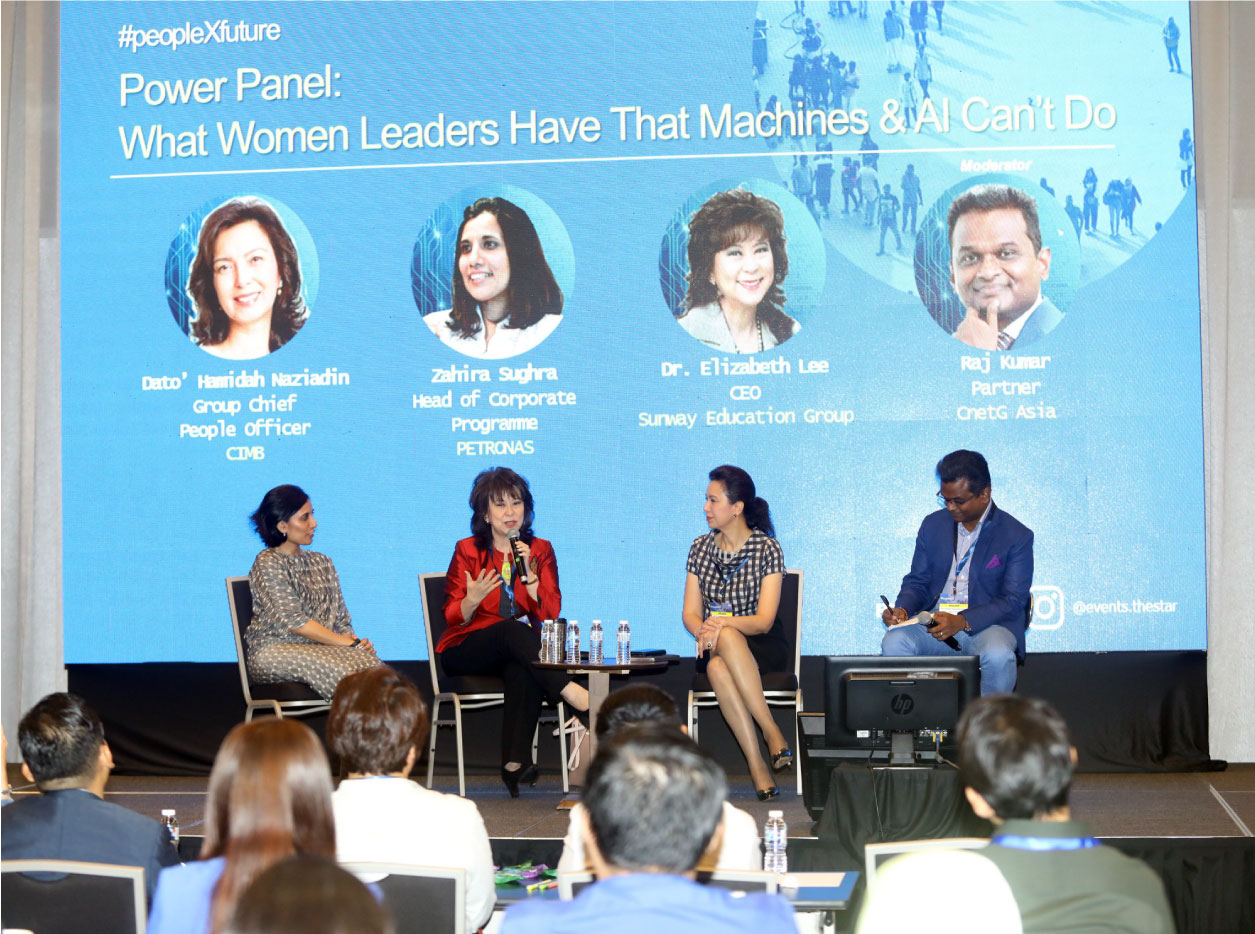 Elizabeth takes great pride in being a mother, wife and a daughter. She is married to Cheah Ming Chiew and they have three daughters. In her personality capacity, Elizabeth has written and edited a number of children’s English storybooks for early language learning.

With more than 30 years of experience tucked under her belt, Elizabeth’s passion for education burns strong. To keep nurturing the teacher at heart, she prioritises on continuing to ensure education remains accessible for all through the Sunway Education Group and the Jeffrey Cheah Foundation, championing the UN Sustainable Development Goals, as well as harnessing technology in empowering students for the future.

Notwithstanding, Elizabeth always reminds her colleagues at the Sunway Education Group that education is about “nurturing, empowering, and educating students to be humble and have a charitable heart that will strive to give back to society what they have gained ”.